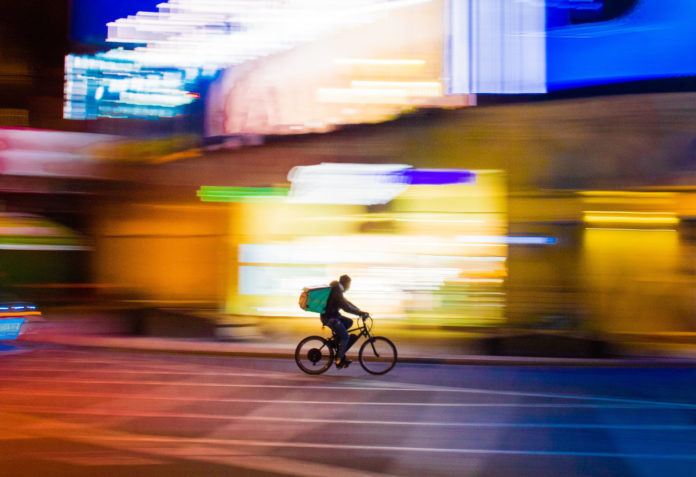 The Fast Trade (Express shopping delivery in less than 30 minutes) broke into Paris in early 2021.

Since then, advertising campaigns and massive promotions have followed, as well as twists and turns within the industry: acquisition of Cajoo by Flink, restructuring and layoffs at Gorillas, closure of Kol and Yango Deli, etc.

To measure the magnitude of the phenomenon and its long-term potential, Episto, a specialist in social network studies, interviewed more than 1,000 Parisians to find out their opinions and use of these new services.

88% of Parisians say they do their daily shopping in stores, of which 84% at least once a week; a trend that could be explained by the high density of supermarkets in Paris and their wide opening hours.

The other types of shopping lag far behind: 1 in 5 Parisians is regularly delivered via traditional brands (Carrefour, Leclerc, Monoprix, etc.) and to your home only 1 out of 10 with express delivery.

If the traditional brands seem to be winning the bet on delivery at the moment, However, Quick Trade players can count on the regularity of their userswho order more regularly: 40% order at least once a week, compared to 22% of traditional home suppliers.

Fast trading seems to have created one too whole new way of shopping because 2/3 of his followers don’t use home delivery through traditional brands.

It remains to be seen whether the concept will gain further market share in the coming months. Despite having a good reputation (85%), only 19% of Parisians have tried the service at least once.

More than every second user uses express shipping Save time in everyday life (57%)36% to avoid travel and 28% to avoid opening hours of shops.

Regarding the criteria for choosing one delivery app over another, 48% are based on delivery time, 43% on product selection, 41% on price level and 35% on promotions.

We find far behind CSR criteria : the possibility of finding local products (17%), the fact that the couriers are employed or self-employed (14%), or their means of transport – car, scooter, bike… – (12%).

Global satisfied with their experience (94%)users say that the majority (91%) generally find the products they are looking for, although 83% would like more choice.

A trend that could explain that Only 14% of users think they will forgo other shopping options in the future ?

The Parisians interfered with the arrival of these new services

Three main reasons are given by those who don’t use Quick Trade: 56% say they prefer it Choose products in store35% do not see no use of these services and 35% believe they are not do not match their values.

Overall, opinions remain very divided between negative (39%) and positive (41%) opinions when we ask Parisians what they think of the development of fast trade in the big cities.

Although the convenience of these services is widely recognized, They see negative consequences for employment, the environment and the quality of life in cities.

● 54% think they have a negative impact on the environment

● 70% believe they have a negative impact on local businesses

Focus on the under-30s, early adopters of the fast trade

94% of Parisians under 30 are familiar with the concept and 29% have used it.

In your choice of delivery app, they are more strongly motivated by economic issues than the average of the overall sample : Their most important selection criterion is the price level (53%), followed by special offers (50%). 1 in 4 users under the age of 30 say they use Quick Trade to save money!

“In barely a year and a half, quick commerce services have made a name for themselves in Paris, supported by massive advertising campaigns and promotions.

Today, express delivery of purchases is a concept familiar to a large majority of Parisians.

Its early adopters are still few (more among the under-30s) but conquered: they express genuine satisfaction and order very regularly.

Whether the quick trade players can transform the test remains to be seen and establish itself permanently on the market if we see the attachment of Parisians to their shopping habits in stores and their critical view of the impact of this type of activity on jobs, the environment or the proximity of businesses.

More than a new service, Quick Commerce embodies a societal shift that is part of a reflection on a “better life” in the city. The challenges of practicality, saving time, improving everyday life and the quality of life in our cities are posed.

As with Uber or Airbnb, the time for regulation will soon come (which the Parisians seem to be demanding), whose challenge will be to combine the benefits of these services with the preservation of the urban ecosystem”.

1028 respondents. Representative sample of the population of Paris using the quota method. Study dates: 10.-17. May 2022. Respondent source: Facebook and Instagram.

Infographic: The state of the world’s media

GDPR: 1 in 2 companies expect a review this year

Digital change is not a long, calm river

Employees and Social Media: What Does the Law Really Say?

We’re dedicated to providing you the best of digital and marketing news, with a focus on Social media, data, emailing, e-commerce and digital insights.
Contact us: contact@coloredmag.com
© Colored Mag
MORE STORIES
EMAIL