Colored Mag
Home EMAIL How to reduce the carbon footprint of email? 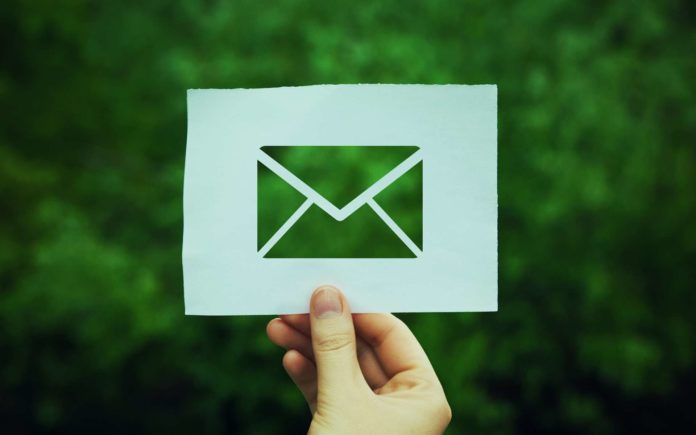 As a marketing channel that is widely popular today due to its main advantages such as immediacy but also low cost, email is indispensable in the digital sphere both personally and professionally.

World Environment Day, coupled this year with the 50th anniversary of the first email being sent, is thus rising the question of the carbon footprint of sending those billions of messages.

Our data are indeed one of the main sources of greenhouse gas emissions today 20 grams of CO² generated for each email sent.

An average of 30 messages sent per day corresponds to 1,500 kilometers that are covered by car per year. This is appreciated in professional useA team of 100 employees produces the equivalent of fourteen round trips from Paris to New York in CO² each year.

In this context, Validity returns here to 5 basic concepts to understand and control these environmental impacts.

The importance of quality data

The first link in the chain concerns the quality of the databases that brands rely on to send their campaigns.

While this best practice is already well known to marketers, especially since the application of the GDPR, it is not yet widely adopted by shippers.

The actions to be taken include the following three:

Quality must go before quantity

Email is seen as a low cost and quick to deploy marketing channel and often suffers from the bad practice of sending to a complete base which is then very unqualified to reach the widest possible audience.

This not only results in a significant negative environmental impact, but also in a significant decline in campaign performance and broadcaster reputation, jeopardizing the deliverability of the entire program.

When we know that only 5% of the volume of automatic mailings resulting from precise targeting (e.g. cart abandonment) generate 50% of campaign revenue, the quality rule should not be discussed any longer.

In addition to the full basic mailings to avoid, the quantity can also be limited by identifying the essential messages and those that are more generic and often considered useless by the subscriber.

It is also particularly interesting to know how to identify periods when sending emails may not be necessary. We’ve seen this particularly during this health crisis, when certain tourism stakeholders decided to stop sending campaigns while inboxes became increasingly overcrowded.

A much broader ecosystem than that of broadcasting

Of course, the environmental impact of an e-mail initially seems to depend only on the sender. And yet the whole chain is actually affected here.

The current report The dark side of the digital » published by ADEME, examines the path of the e-mail from the moment it is sent (with or without images and attachments, sometimes heavy), its receipt/processing/storage in the data center, its transmission to the network, its transmission through various servers around the world, its arrival at the data center of the recipient’s access provider and its final reception.

It’s only when you think about all the servers used by email providers, the telecommunications devices, and even the fact that many consumers have their devices connected 24 hours a day, that you can begin to understand the real impact of the email understand shipping.

The need to educate consumers and marketing teams

In fact, if we take a closer look at the subject, we see that each stage of sending an email depends on a human responsibility and conscience regarding the environmental impact.

Too few people today understand the path of an email and the extent of its carbon footprint as most elements are often hidden.

Therefore, there is a need to raise awareness of best practices among both individual consumers and the largest marketing teams.

In individual cases, the sender will have to ask himself, for example, whether it is really necessary to send it.

Is a “thank you” to a colleague really a thank you? Do you need that many attachments? Is it really necessary to “reply all” or CC too many people?

In the context of the shipping campaigns of a professional sender, the same questions must ultimately be asked, but on a different scale. Therefore, everyone must be made aware of these issues in order to ensure responsible handling.

“Ethik Hotels is the collaborative platform that makes sustainable tourism accessible to everyone, everywhere. So when we realized the environmental impact of sending an email without an attachment, it was natural for us to act on our scale.” says Anne Chéné, founder of Ethik Hotels.

“So we’ve included a statement in our signatures and informed our LinkedIn and Instagram communities to limit the sending of “thank you” or “got it” emails, which not only fill up our inboxes, but also significant negative ones have an impact on the environment. »

Initiatives to limit but also increase email sending – why this paradox?

If sending an e-mail has a certain environmental impact, it should not be forgotten that it is much less polluting than, for example, sending it by post.

If the alternatives to sending an email are more polluting, the issue of environmental responsibility must take precedence to ensure the coherence of the approach.

Take the example of the abolition of paper receipts, an initiative currently being implemented in France by supermarket chains Super U and Carrefour.

The alternative email delivery does not eliminate the carbon footprint of providing the receipt, but this is largely limited and the initiative also allows to control whether delivery is required or not before email delivery is offered, if any becomes.

While this approach can increase the number of emails sent, the environmental impact of issuing paper receipts was still much greater than email.

Sending more emails isn’t always a bad ideaif this turns out to be a better controlled and framed alternative!

The value of sending an email must therefore be well understood in order to encourage the sending of receipts via email and to curb bulk mailings with purely promotional messages that generate a very low interaction rate.

With these five pillars in mind, consumers, brands, and other players in the email delivery chain can have a broader view of the ecosystem and act responsibly.

It is therefore advisable not to omit any of the above points in order to define a complete strategy and involve all stakeholders in it. Sending fewer emails in general is only part of the solution…

This topic will certainly also come up during next November’s COP26, where the regulatory or tax issues surrounding email could be discussed.

Topics discussed could include the monitoring of spam, a global problem that affects 85% of all email volume worldwide and whose sending is often based on addresses recovered from attacks…

Buying journey: What customers expect from brands in 2022

Can UX and respect for the environment be compatible?

Digital: the unlimited perspectives of the networked economy

Half of the French believe that their work will have changed...

We’re dedicated to providing you the best of digital and marketing news, with a focus on Social media, data, emailing, e-commerce and digital insights.
Contact us: contact@coloredmag.com
© Colored Mag
MORE STORIES
INSIGHTS

Digital is no longer an option for retailers